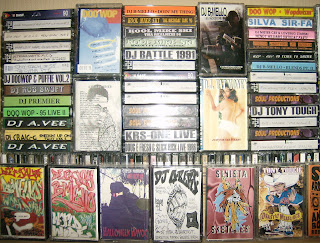 THE END OF 2009 IS HERE LET'S WELCOME 2010
The last day of the year is here so it's time to recap the year 2009. This year was a highpoint for me & the blog.
First up there was the birth of my mixtape project never thought this was going to happen but it did thanx to guys like Tapemasta, Olskool4real, Hevehitta and many other bloggers & not to forget the most important ones the dj's who made this mixtape project a success. My man DJ Books stepped up the plate to give us the first release called The Juice Crew Masters Of The Symphony followed by DJ ReMike - Stetsasonic The Original Hip Hop Band and the last release this year was DJ King Flow & DJ PLK - Workin Day And Night Vol. 2.
In 4 months we have had 3 releases, more than 5000 downloads & still counting for me this is a great success.
Other highlights are having more then 250 followers, the 1500th post this year, more then 1.9 million hits so far & working together with Tapemasta & Hevehitta for the 'The Greatest Mixtape' series.

2010
What is going to happen in 2010? Expect more nice surprises in the Mixtape Project. Planned releases in 2010 so far are by DJ Manifest who is going to give us a blend mixtape & DJ Bee who's going to do a mixtape about Public Enemy so watch out.
I'm also in the works to give you people a very special mixtape in august when the project celebrates his first anniversary. If this is going to work like i planned this is going to be a mixtape wich people will be talking about for years.
I hope The Greatest Mixtape series will continue in 2010 & that more bloggers will join the fam and work together to get the message out there.

First up i would like to thank the following people without them i wouldn't made it this far:

Peace out to my blog fam:

thank you for being an inspiration! lookin' forward to this new decade and a new years of more great music and mixes

Thanks for the shout out you already know the influence that you and countless others have had on my desire to continue blogging it's almost a full year for me and I'm still going but what sets it off is to continue seeing you,Tape and others at work and the now and then chats on these tapes! I'm sure you got more instored for 2010 so heres to continued success in 2010 Happy New Year!