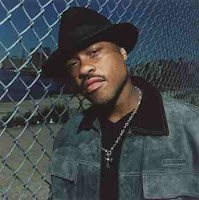 DJ DOO WOP REMEMBERS GURU THE FATHER, LAST TOUR
For 15 years, Doo Wop worked alongside Guru as a tour deejay and collaborator. The mixtape legend appeared on Guru's Version 7.0: The Street Scriptures album, making a sequel to the Gang Starr classic "Step Into The Arena." In the wake of this morning's tragic announcement of Guru's death, HipHopDX approach Doo Wop to reflect on his friend and peer.

Doo Wop revealed that Guru was aware of his cancer as of last year, a diagnosis he kept private from the fans. "In mid-2009, Guru called me to discuss something about an upcoming Japan tour and to also tell me that he's gonna pass by my crib after a doctor's appontment he had scheduled due to some back pain he was having," remembered Doo Wop. "Next thing I know, he calls me and I could tell he was obviously in tears, then he says the doctor told him he has cancer."

The 95 Live maker continued, speaking on his relationship with the Boston-born emcee. "[Guru] wasn't just someone I recently met and worked with for a brief period. No, this was my friend of over 15 years, someone I toured over 33 countries with. Sometimes my phone would ring and my Caller ID said 'Guru cell,' I'll pick up and he'll say, 'Peace. Hold on,' then I'd hear him giving the phone to his son while saying, 'Here, it's uncle Doo Wop.'" The personal relationship extended to Guru's son, named K.C. "His son would tell me everything they did or were about to do that day. As busy as Guru was, he did what a great father is supposed to do and that was to make sure his son didn't grow up wondering why his dad doesn't make time for him."

While Guru's cancer diagnosis was kept private even in the wake of February's heart attack news, Doo Wop was able to reveal the Gang Starr emcee's reaction to the news. "The day he found out he had cancer, all he kept saying was how he gotta beat this because his little man needs him. I toured with Guru from 2005 [through] November, 2009. He wasn't feeling well on that last tour we did together, but pushed himself to stick it out."

Doo Wop also added that an incident prevented the longtime friends from speaking more recently. "During that tour, one of Guru's people's and I had an altercation that was long coming. That happened right in the middle of the tour, and the rest of the tour was so uncomfortable due to this issue." Doo Wop did not specify who he had the altercation with. "I told myself, 'This is my last tour, I'm done.' My mind was made up 100%. When we got back from that tour, we landed at JFK [Airport] and all rode back together." The bittersweet moment would prove to be significant to Doo Wop, especially today. "I was the first one to be dropped off. As I was exiting the car, I knew that the altercation which occurred would end up in me no longer being his tour deejay, but I had no idea that would be the last time I would ever see my friend."